Blumenfeld received the iconic award for her long career of award-winning work, her commitment to bringing high performance interior design to the workplace, her efforts to bring workplace equity to the construction industry, and her mentorship of younger designers within the architecture and interior design industry. She is the 16th recipient of the award and the second Perkins and Will principal to receive it, following now-retired Design Principal Eva Maddox’s receipt in 2011.

“Joan has had a demonstrable impact as a leader among women in architecture, as a mentor, as an advocate for sustainability and wellness – recognizing that the interiors we design have an impact on healthy living,” says John Czarnecki, Assoc. AIA, Hon. IIDA, editor in chief of Contract.

With more than 35 years of design experience, Blumenfeld is widely recognized as a thought leader in workplace design. She has served as Global Interior Design Director at Perkins and Will  – where she was instrumental in helping build the practice  – and Interior Design Director of the firm’s New York office, and has created an impressive body of work that spans six continents and numerous typologies. In the greater New York City area, she has contributed to over 50 built works, more than 40 of which are in Manhattan. Her work has won 40-plus awards in the past five years alone, with notable projects including Thomson Reuters; L’Oréal; Bloomberg; Sotheby’s; Hanwha 63 Convention Center; IBM; LeNovo; multiple showrooms nationwide for Haworth; showrooms in New York for both Häfele and Swarovski; New York University’s Leonard N. Stern School of Business; the New York City Police Academy; and Perkins and Will’s own office in New York, among others.

“I am so honored and humbled to be receiving this award,” said Blumenfeld. “Although I no longer live in New York full-time, I still think of myself as a New Yorker. And, it’s really important to me to think that I have, in some way, made it a better place to live – whether that is through working with clients on particular projects, or with organizations to try to improve people’s lives in other ways. Those are the things that make me happy and those are the things that I want to keep on doing – and I’m not done yet.”

Established in 2002, the Design Legend Award is presented at Contract’s annual Interiors Awards ceremony, the nation’s oldest and most prestigious awards celebrating commercial interior architecture and design. Czarnecki hand-selected Blumenfeld to receive this year’s Legend Award, which celebrates individuals whose careers and lifetime achievements have contributed in a significant way to the industry.

In addition to Blumenfeld’s award, Perkins and Will was the recipient of two other Interiors Awards, one in the Showroom category for Häfele Showroom in New York; and one in the Civic/Public category for the Smithsonian Institution National Museum of African American History and Culture in Washington, D.C. An expert jury panel comprised of four outstanding architects and designers, ranging in expertise from across the U.S., selected the winners of the Interiors Awards based on excellence in commercial design across 15 professional project type categories, including the newly added category of lobby repositioning.

An article highlighting Blumenfeld’s accomplishments appears online and in the January/February 2018 issue of Contract. 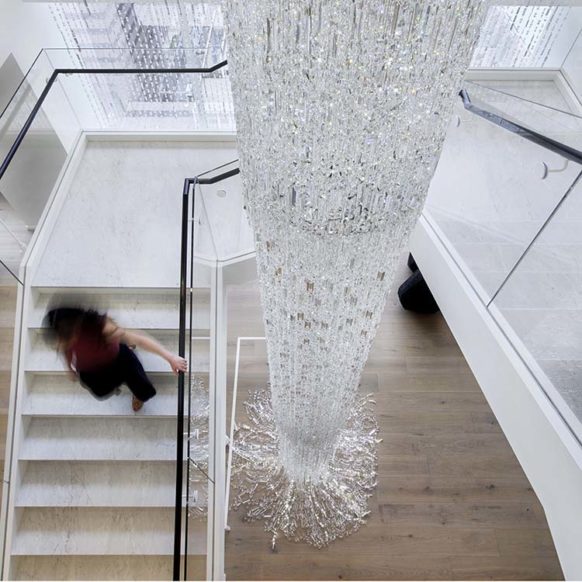 Area of Expertise
Consumer Products
Back to top
We use cookies on this site to enhance your user experience. By using this website, you accept cookies. We do not store your personal details.Ok, I agreeMore Info