It was an image of Frank Lloyd Wright’s Fallingwater that piqued Paul’s interest in architecture in the 7th grade, but it was during an 8th grade trip to LA’s Century City that he became fascinated with the layers of complexity within systems–where the cars parked, how the food was delivered, and the ways people used the space. Design was interesting, but the factors driving the design were what really captured, and held, Paul’s attention.

Paul brings his natural curiosity, big-picture thinking, and a passion for encouraging the diverse ways people work, collaborate, and play to his role in planning and strategies. His ability to envision and communicate the workplace of the future—united with a specific organization’s internal culture, mission, vision, and values— has driven the development of many of the firm’s most forward-thinking office projects.

As the managing director of the New York studio until 2018, Paul pioneered the firm’s approach to the planning and strategies discipline in the practice. A recent all-company meeting in the recently completed North American Headquarters for Unilever.
With an education and interests rooted in the social sciences, Paul has always felt that his role in planning and strategies is to dig deep, like an anthropologist would, by asking questions, uncovering facts, and putting the information together to tell a complete story, which can then be used to understand clients and their needs. A magazine format proposal submitted to Normandy Real Estate Partners in consideration for their 799 Broadway project. Zoe, the dog, was the deciding factor in our getting the project! “The richness of understanding what a client is talking to you about is not in the first answer to a question you posed to them, but how that question opens up an ongoing dialogue and exploration of the ideas that follow.” 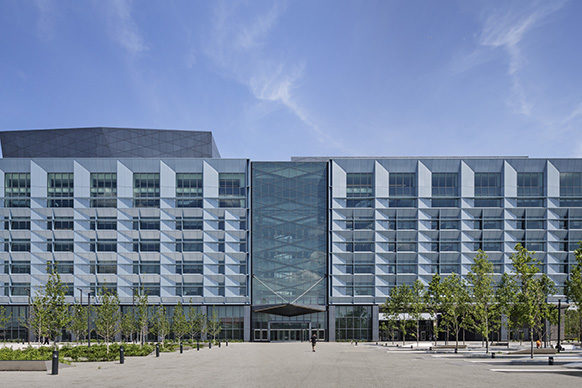