Upson Hall, home to the Mechanical and Aerospace Engineering department at Cornell University, has been transformed by an interdisciplinary design team led by two Cornell alumni – Robert Goodwin (B.Arch. ’84), of Perkins&Will’s New York studio, and David J. Lewis (M.A. HAUD ’92, Principal at Lewis.Tsurumaki.Lewis (LTL) Architects. The vintage post-World War II-era engineering building has been fully renovated into a state-of-the art research and teaching facility, designed to meet the evolving needs of the world’s future engineers. In collaboration with the New York-based practices of Thornton Tomasetti and ME Engineers, the design team created a highly innovative, collaborative and performative facility that sets a new standard for the re-invention of mid-century campus buildings.

The original 160,000 SF 1956 structure was designed by Perkins&Will Founders Larry Perkins (B. Arch. ’30) and Philip Will, Jr. (B.Arch. ’28), who met at Cornell while studying architecture. The initial anchor of a complex of seven buildings eventually forming an engineering quadrangle, Upson was the result of a post-war building boom to accommodate the rapid growth of education and research on American campuses. While successful in its day, the building was due for an upgrade to 21st Century standards of pedagogy, technology and sustainability.

Retaining the only original concrete structural frame, the team reorganized the interior of building to clarify functional zones and enhance interdisciplinary interaction. Specifically, the design offers a variety of new interior spaces including four new conference rooms, three social lounges and revitalized public corridors. Two volumes were added to the existing shell – extending Upson Hall toward a main campus entrance and connecting the building with the rest of the campus-to bolster social activity, and allow students and faculty to interact more easily and freely. The entire lower floor of the building is now dedicated to maker labs, where students collaborate to design and build innovative, experimental projects as part of their introduction to engineering.

On the exterior, Upson offers a radically new expression that transforms the identity of the building while offering clues to its past. Utilizing an ‘aggregated façade’ approach that accommodates both opening and flexibility, changes in façade from offices to classrooms and lab spaces are reflected in subtle variation in the texture of the staggered custom terracotta wall panels. These panels are balanced with a careful pattern of highly energy efficient windows to create a ‘transparent blanket’ that optimizes daylight while avoiding heat loss. Finally, delicate yellow metal highlights recall the original color palette of the building and honor its important history on the Cornell Campus.

Sophisticated mechanical, lighting and control systems boost the building’s energy performance levels and create a highly responsive environment that the student can engage in, so that the building can serve as a “living sustainability lab,” enabling mechanical and aerospace engineering students to work, learn and study in a high-performance, technologically-advanced facility.

Another design team member instrumental to the success of the renovation is also a Cornell alumni – Craig Sobeski (M.Arch. ’07). The project is currently tracking LEED Platinum, a truly significant achievement for research lab buildings. 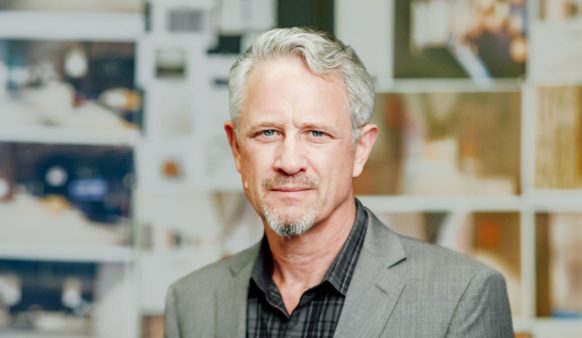 Estúdio
New York
Back to top