We designed a quick and inexpensive assembly system and a set of guidelines that can be replicated across the world—a low-tech, DIY system that can be quickly adopted by under-served communities.

All over the world, testing for COVID-19 is in high demand. Our New York studio and Schmidt Hammer Lassen, our Denmark studio, collaborated from across the globe on an exciting idea: What if we converted off-line school buses or other public vehicles to mobile testing centers?

There are more than two million confirmed cases of coronavirus around the globe – a number that as we speak, continues to grow. According to the CDC, most of the U.S population will be exposed to the virus in the coming months, and there will be increased instances of community spread. The rapid spread of the virus and its subsequent effects have put an immediate strain on an already overloaded healthcare system, that is now dealing with elevated rates of hospitalization and millions of people waiting in line to be tested.

Under this scenario, experts agree that the coordination of a public response will strongly rely on how quickly countries implement testing as the key measure by which to understand and control the spread of the virus. Even more, the economic health of countries might depend on the testing processes that give people a green light to get back to work without the risk of infecting others.

After analyzing the current response to emergency testing, the team found that centralized hospitals are not the ideal environment to deal with highly transmissible viruses, mainly because social distancing is hard to control and resources are scarce and scattered. Because of this, cities like Seattle and New York quickly identified the need to implement drive through testing facilities that ensure secure social distances are maintained. Through our research, we found that while this method has been successful in controlling the risk, in high-density areas the system could create social inequalities due to a large percentage of the population depending on public transportation. Other solutions such as Israel’s use of ambulances for home testing have increased the strain on the emergency response system, while other DIY methods have not succeeded.

The recently FDA-approved Abbot Test is evidence of the need for speed, flexibility, and mobility. Our solution focuses on this new technology.

In the past weeks, our team has identified five key parameters that define the success of the testing process: mobility, accessibility, speed, flexibility, ease of implementation, and scalability. Under this framework, we are exploring the refitting of vehicles that can be quickly converted into mobile testing centers. To address the ease of implementation, connection to the communities and universality of the response, our starting point is the re-purposing of underutilized school buses.

Our concept is equitable and responsive. As outbreaks occur in different locations, deploy-able healthcare units respond in real-time and can be quickly assembled by under-served communities. The system gathers essential geolocation and test-result data, allowing real-time data feedback-loop to help authorities with strategic decision-making. 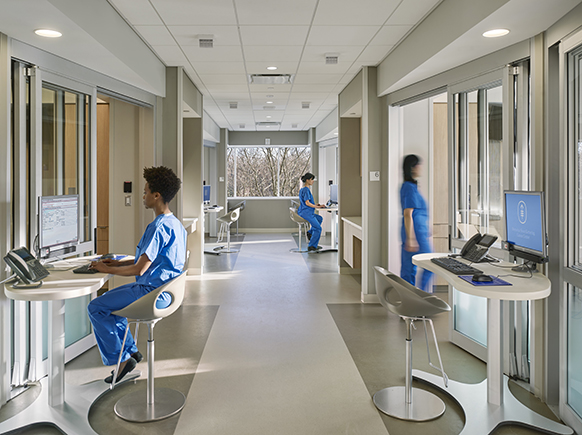 Studio
New York
Back to top