Rapprochement Urbanism: An Exploration into the Rewilding of Jackson, Mississippi

I was born in a coastal island town–Galveston, in the gulf of Mexico near Houston, Texas. However, most of my life was spent in landlocked, suburbs. I lived in neighborhoods with half-acre yards, and more rural places with ten or more acres to explore. These rural and wild landscapes were inspiring–with their beauty and fluid order of varied habitats and resident species. Although, the adjacent urban environment consisted of uninspiring vast and often empty intersections, sprawling roadways, parking lots and strip malls. I dreamed about larger, more dense cities in the United States and other countries and wondered if the two spaces could be merged into a more cohesive whole.

The Pearl River is populated with large cypress tress and dense undergrowth that thrive in intermittent flooding and forest fires that characterize the region. Rolling hills, pastureland, woodland and farmhouses dot the landscape of middle Tennessee just outside of Columbia and Nashville.

Finishing my architectural education in the city of Jackson, Mississippi, I found an urban environment that merely possesses the bones of a forgotten density and vibrancy. Regrettably it also possesses the bones of a forgotten ecological richness. Developed on a bluff of the Pearl River that runs through the center of Mississippi, marking a region known as the loess plains, the city by default has a close relationship to a rich and fluid habitat of cypress swamps and vast timberland. Historically, the undulating river-way provided not only building materials but also rich soil and species diversity for farming and the harvesting of wild game. However, in recent decades, what was once a biological thoroughfare has become an isolated and neglected habitat right at its backdoor. The streams that run through Jackson have been relegated to back alleys or culverted and sunk below ground. The city now marches over the biotope it was once shaped by, and suffers the crippling consequences of constant flooding, and poor foundations for building and infrastructure. More recent urban development is arguably at the root of larger ecological issues like eutrophication and species scarcity further downstream and throughout the state.

My interests led me to pursue research regarding both urban and wild places and further deepen my understanding through the work of authors like Thoreau, Aldo Leopold, John Muir, and more recent authors and ecologists like William Denevan, E. O. Wilson, Michael Rozenzweig and William Cronnon. Through this process I was struck by the idea of re-wilding, not merely rural, but urban landscapes, and discovering that a holistic relationship between the two would require both a political and pragmatic approach. The term rapprochement therefore, lent itself to a different understanding of urbanism that would include wilderness in its vision. Dense low-lying woodland and undulating waterways characterize the landscape near the gulf of southeast Texas. Rapprochement Zone: Animalian Level
The focus of the rapproachement plan exhibiting Town Creek as it moves through downtown Jackson before feeding into the Pearl River.

Rapprochement urbanism seeks to not only mitigate urban, infrastructural, and ecological issues found in Jackson, but utilizes the city as a site for applying and testing a model for an alternative type of urbanism. It explores the notion that cities are built within natural environments rather than on top of them, and that what is urban need not be antithetical to wilderness. This research represents an introduction to a theoretical model for a regional scale approach to more holistically reflect the link between urban and wild environments. In my research, I explore an alternative definition of wilderness as something that includes human life, and I define rapprochement urbanism as the re-establishment of harmonious relations between urban and wild and environments for sustainable mutual benefit.

In the paper culminating from my research, a literature review of current research, political initiatives, and ongoing design work are used to inform rapprochement urbanism, and various constraints regarding the design of spaces for non-human species. These principals are then developed and explained with reference to the context around Jackson, Mississippi. The rapprochement plan for Jackson is illustrated through visual representations of GIS data and descriptions of the various elements that are included in the plan. Afterwards, the application is discussed and evaluated based on its ability to address constraints posed by interconnected urban environments and healthy ecological biotopes. The plan’s ability to address these constraints in a productive way for both human and non-human species is evaluated with reference to broad questions regarding the wild and the urban, including how cities can be good neighbors to the surrounding ecological context; or how cities, and not just buildings, could become more sustainable and beneficial for humans and the environment. Bridge Section Elevations
Two sections through the rapproachement zone exhibiting two of the four proposed bridges over the Town Creek.

After completing much of this research I was pleased to make a move to my next city for exploration–Seattle, Washington, where I have found that I can in-fact live with a foot in each world. I have also found that wilderness actually invigorates the urban environment of Seattle, and the dense quality of the urban environments here allow me to appreciate wilderness all the more. Seattle is known not only for its walkable, vibrant neighborhoods, but also its amazing views, and close proximity to mountains and ocean. The landmass that makes up Seattle and gives it all its nuance and density is shaped by vast ecological forces of the region. Wilderness creeps in via parks and beaches, creeks and rivers running through urban centers, and myriads of trails that often distinguish one neighborhood from the next. Further, the rich architectural heritage of the relatively young city is mirrored by a rich heritage of park spaces which are largely owed to the Olmstead brothers themselves.

While Seattle does not necessarily epitomize the type of rapprochement we could imagine between wild and urban, it offers a glimpse of a beautiful reality that could occur if cities were planned with an eye toward all manor of species that they effect, rather than simply their human population. Additionally, while not a landlocked but a coastal city, Seattle provides a type of example that more landlocked places could learn from where coastlines are replaced with urban waterways, and the vast incoming sea is replaced with unrelenting urban sprawl. Whereas coastal cities will be shaped by natural forces, (National Research Council 2002) landlocked cities often shape the biotopes they reside in. This proposition for Jackson, Mississippi is a presentation of rapprochement urbanism as a conceptual strategy that could be adapted across other landlocked cities and the diverse biotopes they reside within and shape. Wall Sections
Expanded and constructed wall sections at the boundary between human and animalian spaces.
Check out West's research in Enquiry, published by the Board of the Architectural Research Centers Consortium
Learn more.
Citation 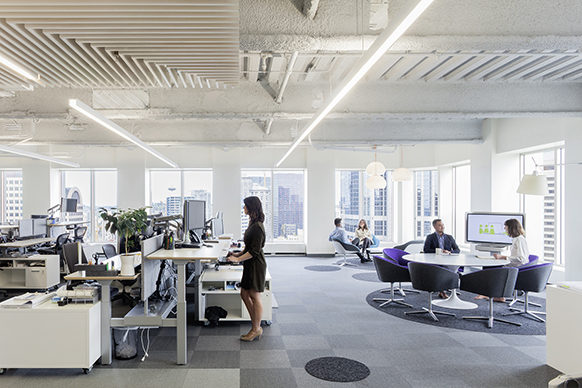