As a child, Kim would draw life-size plans of the spaces she imagined. Now, as an experienced interior designer, you might say her childhood dreams have come true. She draws inspiration from fashion, art, and through experimenting with her own spaces – and is an adherent of Louis Sullivan’s famous axiom, “form follows function.” Most recently, Kim drew influence from a trip to Barcelona (a city she describes as “effortlessly cool”) in celebration of her 20th wedding anniversary.

A self-described “red meat and potatoes kind of girl,” Kim has a very strong bond with her teenage boys, as well as her cats; particularly her orange Hemingway cat. When she’s not out being active with her family, you can find her outside on a beautiful day working on a puzzle or cross-stitching. To celebrate their 20th wedding anniversary, Kim and her husband traveled to Barcelona. 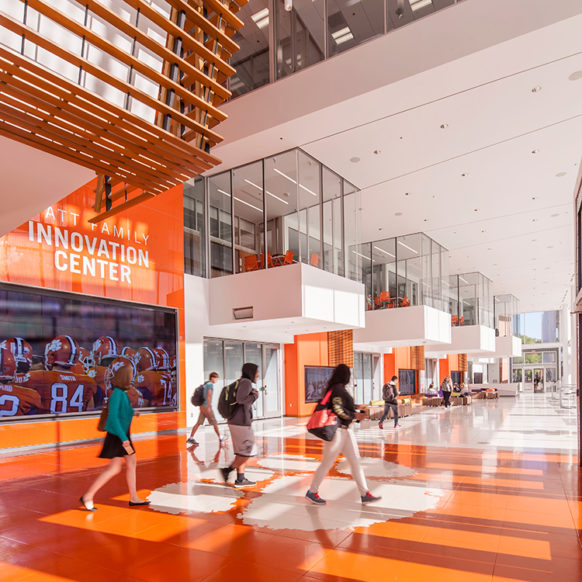 Work
Newell Brands Design Center
Kalamazoo, Michigan
Back to top
We use cookies on this site to enhance your user experience. By using this website, you accept cookies. We do not store your personal details.Ok, I agreeMore Info