Albion Library provides a broad range of services for a diverse demographic, including many recent immigrants, in one of Toronto’s Neighbourhood Improvement Areas. Initially calling for an addition to the existing branch, which was not meeting the growing community’s needs, community consultation quickly revealed that a proposed two-year closure would negatively impact community well-being. In response, we worked with Toronto Public Library to develop a different approach. Designing a new library on the adjacent, under-utilized parking lot allowed the existing facility to remain open during construction.

When the new library opened, the existing library was demolished and a multipurpose urban plaza supporting community event space, markets and parking was created in its place. Inspired by the community’s aspirations, the library is within a walled garden defined by a polychrome terracotta screen and punctuated with verdant courtyards that bring light and nature deep into its spaces. The urban living room can transform from a periodicals reading lounge into an event and performance space.
Photo courtesy of Toronto Public Library
Adaptable and Flexible The design embodies a community-driven narrative resulting from a series of public consultations. The community input presented a major shift from original plans to add on to an existing library on the site which would have necessitated a two year closure. They saw the library as a refuge from the world outside, an aspirational space. A technology and business resource centre allows adults to conduct business or search for employment while keeping in visual and spatial contact with kids and teens.
Economic Equity Strategies The transparent nature of these courts creates a sense of openness and connection to the outdoors while supporting passive supervision of all spaces by library staff.
Communal Courtyards

The planning of Albion Library is organized around three glazed courtyards that articulate its square plan into distinct zones for children, teens, and adults. For each user group, the courts allow programming to extend out of doors in a space that is protected from the car dominated urban context and respects the privacy of adjacent residences. Plantings within the courts reinforce the presence of nature while the vibrantly colored terracotta evokes garden in bloom during the long Canadian winter. "The design is spectacular and the result provides an enduring legacy of great architecture for the community now and for the years to come." The reduction of parking counts below municipal standards and the creation of this adaptable public space were justified through community surveys revealing that the majority of patrons arrived at the library on foot, bicycle or public transit.
Greening the Public Realm

The library enhances and pedestrianizes a car-oriented urban fabric through planting, seating, and a verdant parking lot that doubles as a public plaza for cultural events. Improving the existing built context has been a key aspect of the library’s larger social and ecological function.  A community garden allows for food production and a habitat for butterflies and pollinators.

Designed to Tier 1 Toronto Green Standards, innovative sustainability principals and advanced technologies are an integral part of the design and are reflected in all aspects of the interior and exterior public spaces. High-level sustainable design features include a rooftop photovoltaic array, sloping green roof, daylight harvesting and the selection of healthy materials. 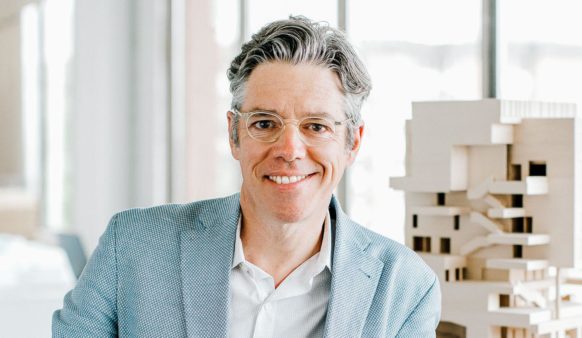 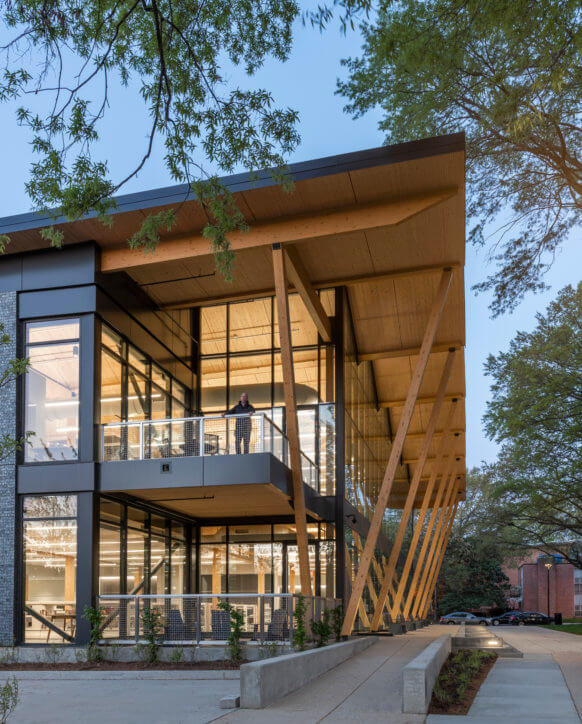 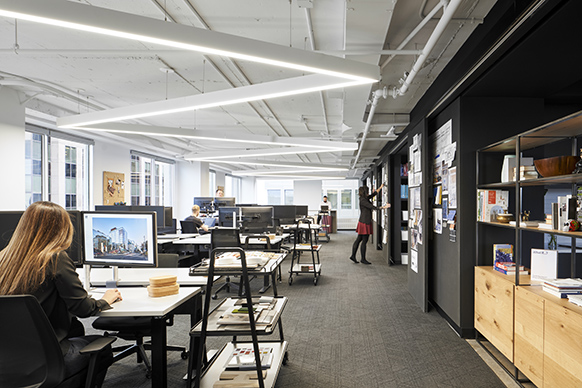 Area of Expertise
Libraries
News COVID Insights, Perspectives
Next Year in the Park: Will the Public Realm ever be the Same?
Back to top