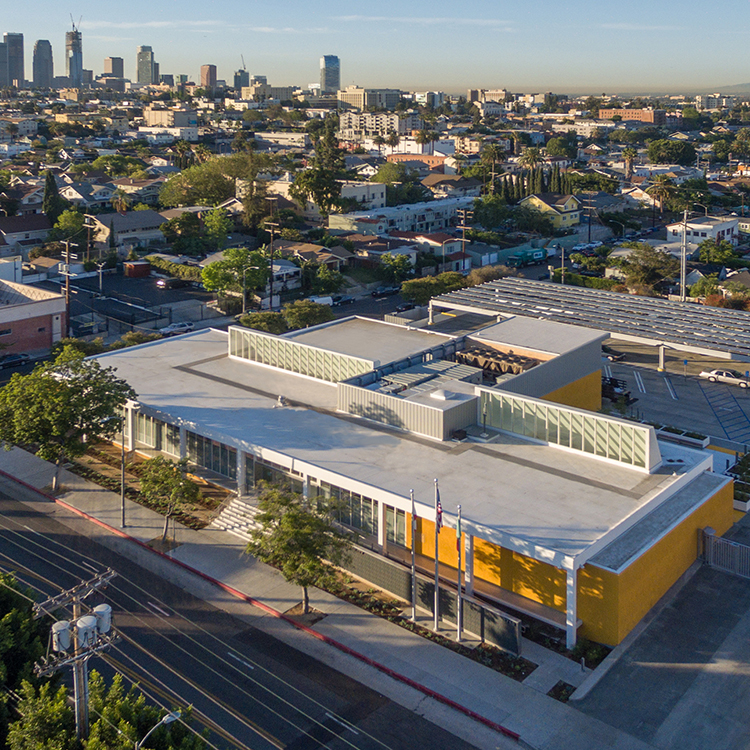 Policing in Los Angeles was a vastly different affair in 1966 than in 2016. In 1966, the original LAPD Rampart Station was designed as a heavily-fortified community police station. It was a walled-off 2-story concrete bunker in a residential neighborhood – a necessary design response in a time of riots, Proposition 14, and social upheaval in a rapidly-growing city.

Fifty years later, our design team worked with the LAPD to reconfigure the old station to house the elite LAPD Metro division that includes SWAT, the K-9 unit, an administrative platoon and five field platoons.

Together, we developed tactical interventions that respect the original architecture while communicating a welcome fresh image to the community. As the “physical embodiment of neighborhood safety,” a police station sets the tone of how the force interface and relate with their communities. “Nobody wants a bunker in the midst of where they work and play. We want to make them open and transparent and inviting.” 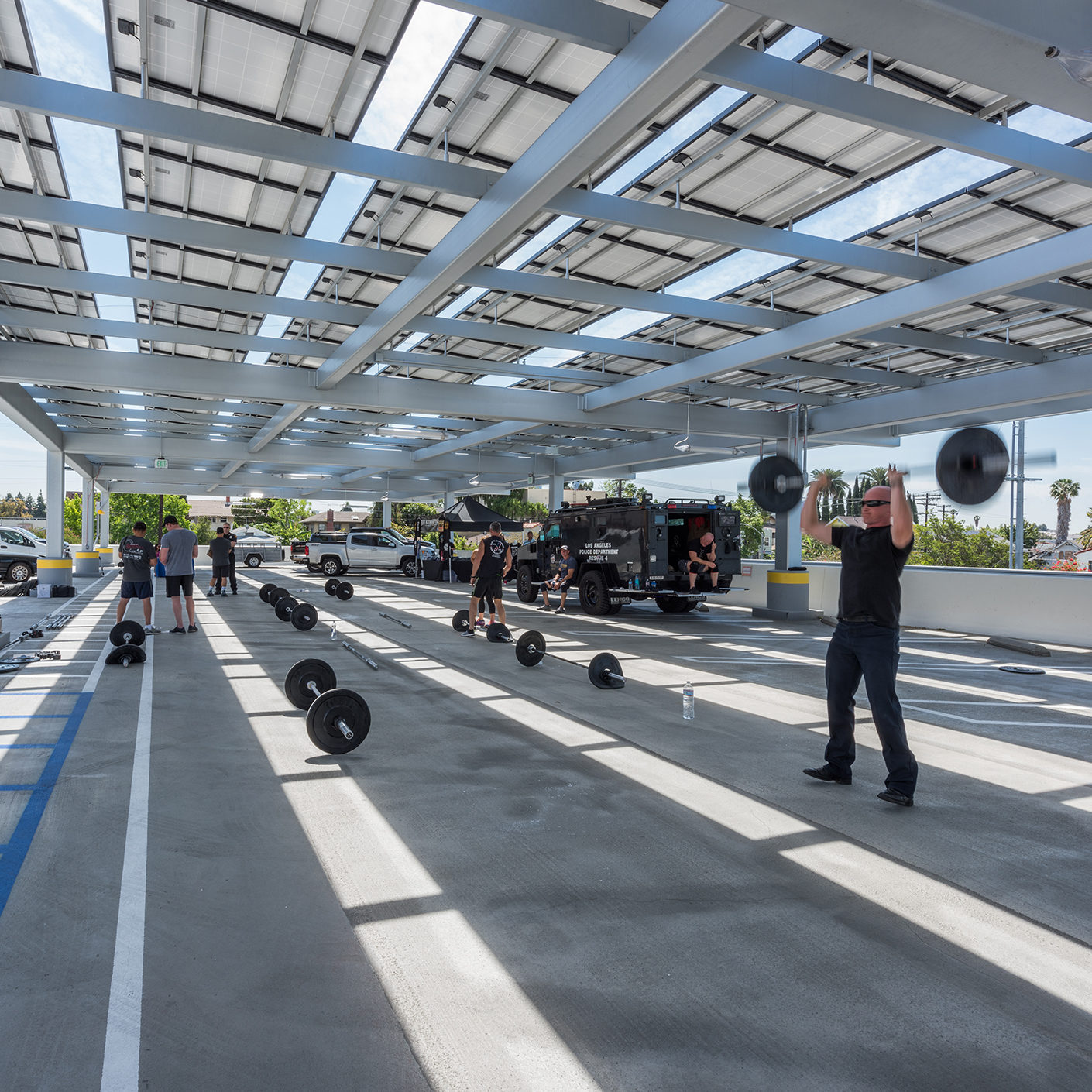 What makes it cool
Layered degrees of security were produced through carefully understated and invisibly integrated strategies.
Access to Daylight and Flexibility

Officers use different parts of the office environment if, for example, they want to be closer to daylight or if they prefer to use the lounge. Workplace flexibility allows platoons to grow or shrink as policing needs change. New glazing, lighting, greenery, and the reuse of salvaged materials increase perimeter security while softening the facility’s historical image. A photovoltaic canopy reinforces the regenerative nature of this transformation. 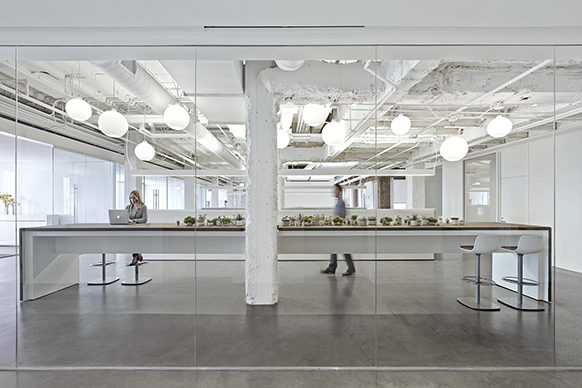