The honor recognizes our research-informed leadership in sustainability, health, and equity. We’re delighted to announce that we’ve earned the highest distinction in Metropolis’s 2022 Planet Positive Awards for our research-based contributions to climate action and healthy design.

Jurors awarded us “Firm of the Year” for our efforts to scale up the decarbonization of buildings, pursue social equity both within and beyond our studios, and freely share our in-depth research and knowledge with the design profession at large.

“What we love to recognize the firm for is their constant push on new frontiers of sustainability,” said Metropolis Editor-in-Chief Avinash Rajagopal during the magazine’s live in-person and web-streamed awards ceremony on October 7. “In addition to the building work that the firm creates, we’ve been so appreciative of their generosity in sharing their expertise, in framing tools, in creating frameworks, and in sharing the output of the investment they’ve put into sustainable architecture and design.”

The award honors Perkins&Will for our overall leadership in sustainability, but in particular, it recognizes the following contributions: Our Washington D.C. studio
We designed our own studio in Washington D.C. to achieve certifications from all four of the major environmental and well-being rating systems: LEED, WELL, Fitwel, and the Living Building Challenge. The design also meets the AIA’s 2030 Challenge for energy and water reduction.

For more than a decade, we have been involved in climate action strategies across the globe. Since signing the AIA 2030 Commitment in November of 2011, the energy efficiency of our built projects increased on average by 27%, while overall energy use reduction grew to 58.1%, nearly 10% above the AIA’s national average.

Over the years, seven of our projects have won AIA Committee on the Environment (COTE) Top Ten Awards, including two projects in 2021. Additionally, we have taken steps to track, measure, and offset the operational carbon emissions of our own real estate. As a 2021 signatory of the World Green Building Council’s Net-Zero Carbon Buildings Commitment, we pledged whole-life-carbon reduction for every one of our owned and operated offices by 2030.

Other efforts—from research and development to authorship, partnership, and pledges—include:

Earlier this year, we also announced the addition of McLennan Design in Bainbridge Island, Washington—an industry leader in regenerative design—as part of our efforts to scale up the “deep greening” of buildings worldwide.

The Planet Positive Awards recognize “the most creative projects and products from around the world that benefit people and planet, as well as firms and professionals leading the way to a better built environment,” and winners “represent the highest achievements today in design that addresses climate change, ecosystem health, human health, and equity.”

If you missed the live awards ceremony in New York City, which was streamed via webcast, you can watch a recording here. (The “Firm of the Year” announcement begins at 1:01:35.) 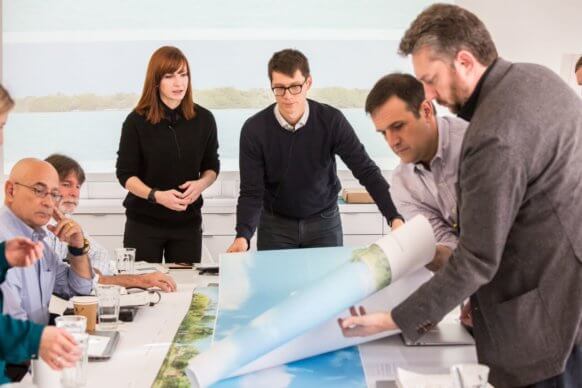 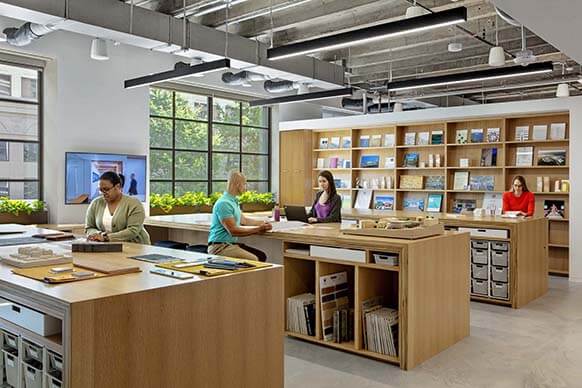 Studio
Washington, D.C.
Back to top