When the Braves packed up and moved to Marietta, Georgia State University expressed interest in Turner Field Stadium. But its neighbors expressed concerns. Loudly.

Denied rezoning until a comprehensive Living Centers Initiative (LCI) was conducted, the Atlanta Regional Commission (ARC) recognized the historical significance of the project and backed it up with more funding than any other initiative in its twenty year history.

After all, a wide track of the south side would be ground zero for the plans. And if history was any teacher, its citizens could bank on being negatively impacted yet again. Thankfully, Atlanta wanted to write a new chapter.

So we rolled up our sleeves and conducted a thorough engagement process with more than 1,600 stakeholders in 10-15 work groups with hundreds of people at a time. We built architectural models to aid visualization and ultimately created three different master plans.

Over time it became so loud and clear what had to be done, the city granted rezoning before our final report was finished. The Turner Field LCI is a highly anticipated community plan with the potential to reshape the south side of Atlanta.
Diversity and Inclusion

When your plans of urban renewal involve other people’s neighborhoods, sharing your vision is foundational stuff. Especially when the impacted communities have lived with the broken promises of “urban revitalization” for decades. Trust, as they say, must be earned.

Enter Activity Visioning. A signature exercise that gets the community to talk about what they actually want. Trollies? Grocery stores? Parks?

And what would they want to be? An urban village, quiet neighborhood, or something else? These answers informed a solution that helped zero in on the final master plan—one that all parties could agree on. The planning team facilitated dialogues to shape a common vision for the future of the area that was both realistic and ambitious while celebratory of the historic significance of the site. Over 1600 community residents and stakeholders and provided the critical feedback needed to build a bold plan. 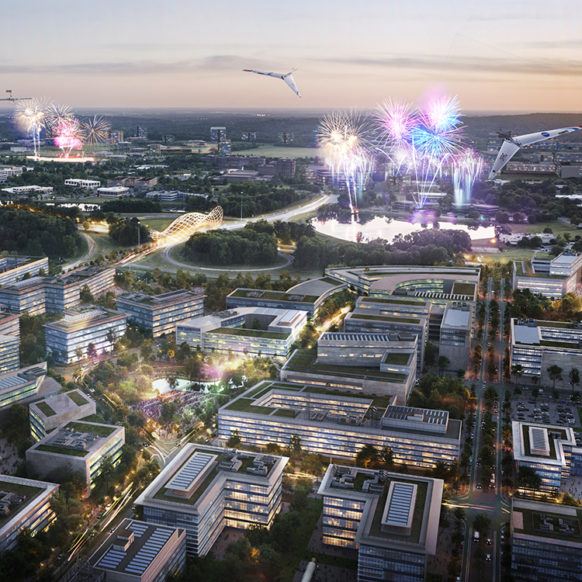 Work
Scranton Peninsula Master Plan – Thunderbird
Cleveland, Ohio
Back to top
We use cookies on this site to enhance your user experience. By using this website, you accept cookies. We do not store your personal details.Ok, I agreeMore Info